The Winnipeg Philharmonic Choir website was part of a complete rebranding strategy, that included a ground up redesign of their website. It incorporated a new logo that was created by Smokehouse, as well as a successful e-commerce solution implemented in 2016.

The Winnipeg Philharmonic Choir, Western Canada’s longest-established adult choral group, has a well-earned reputation for excellence. The Phil’s repertoire covers a broad range of music including oratorios, masses, songs, and choral symphonies with a focus on major choral works with orchestral accompaniment. The choir has captivated audiences in Toronto, Vancouver, and New York’s storied Carnegie Hall. 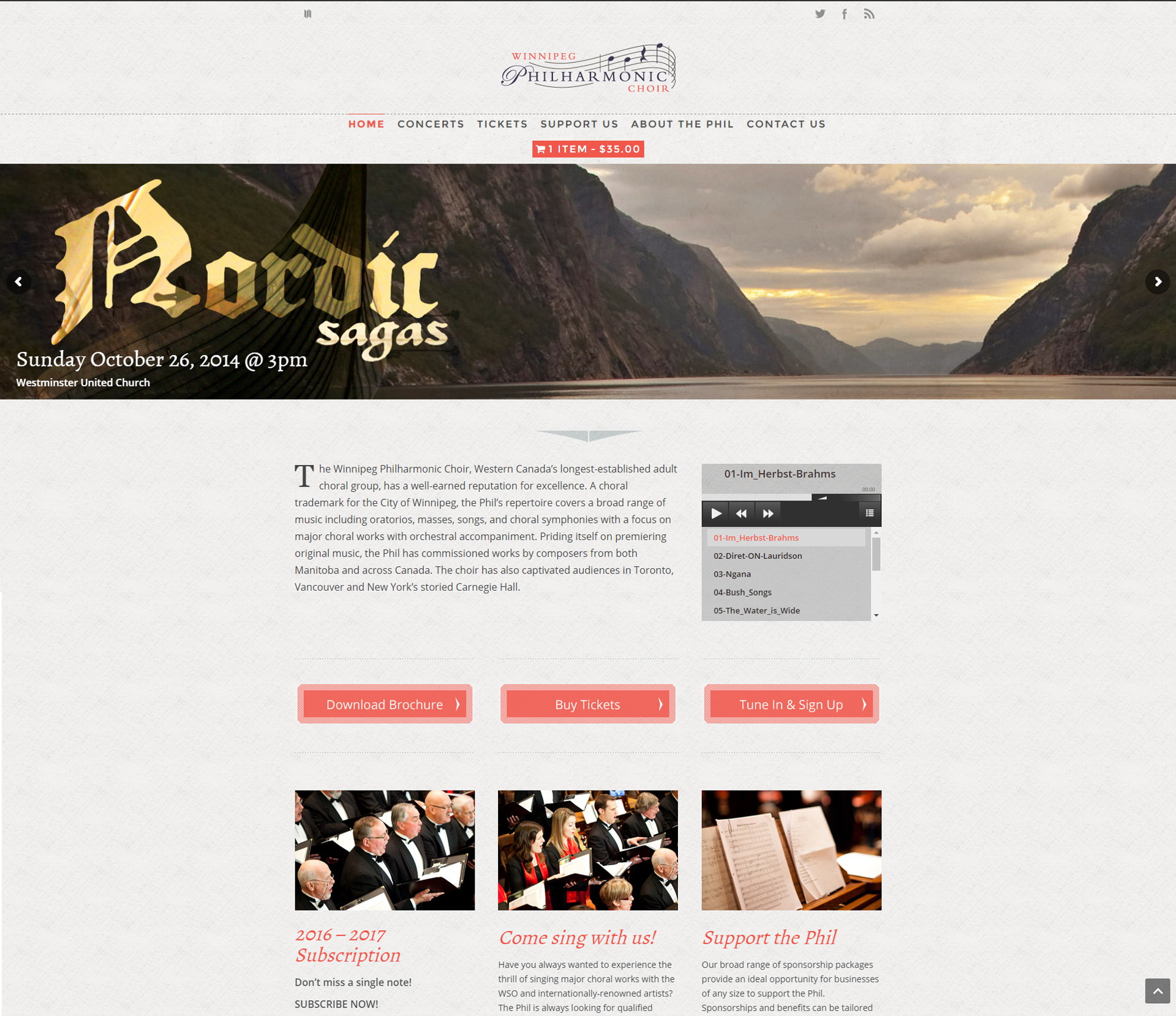 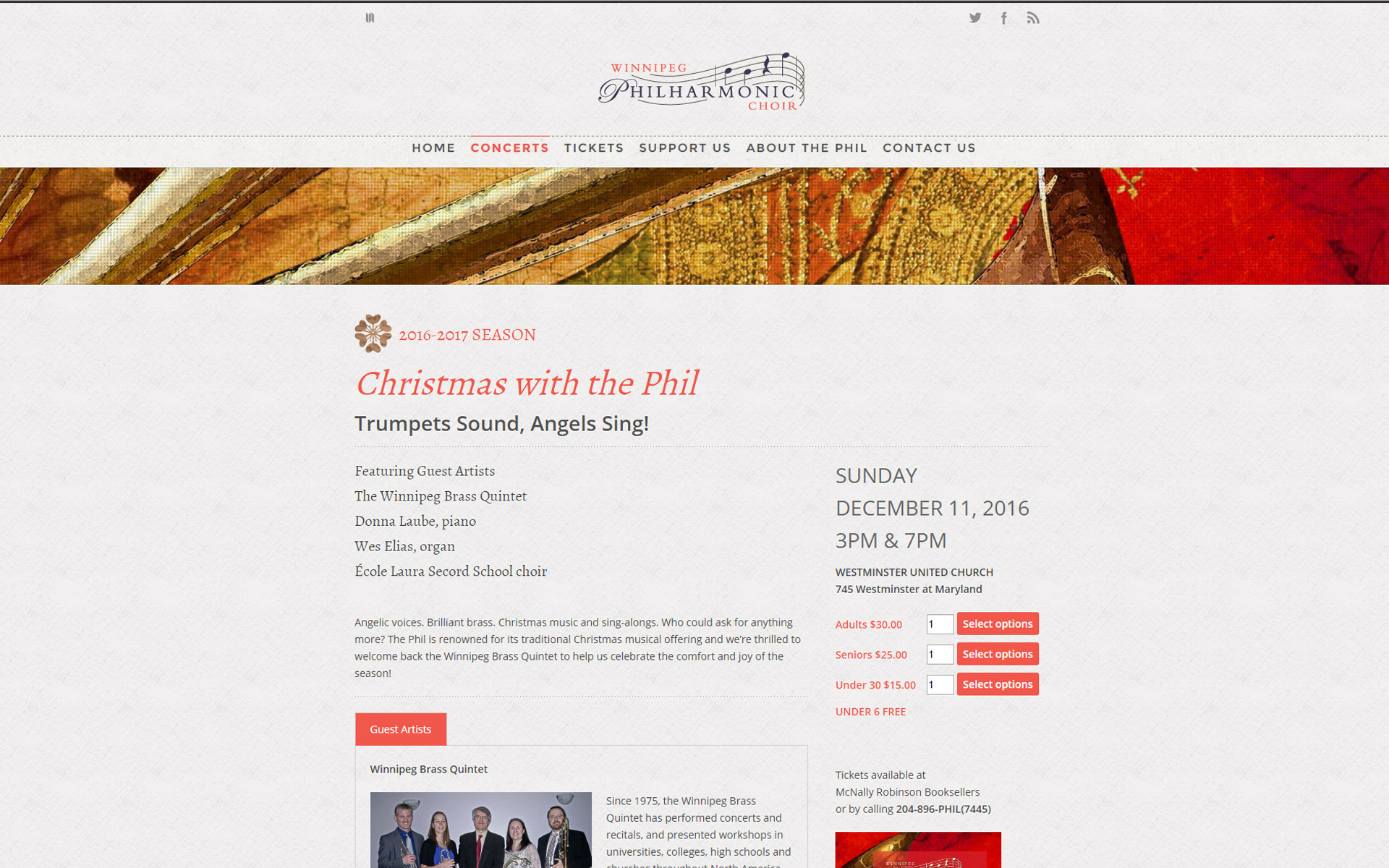